Examples of the use of Atlas

Main pageExamples of the use of Atlas

Navigatum includes comprehensible and informative cartoons for senior schoolers, telling about concrete professions and job-related issues. The cartoons are adapted age-wise: for senior school, 9th grade, middle school, primary school. The youngest ones are offered rhymed cartoons telling about jobs. These cartoons are intended for vocational guidance and provided with ready-for-use methodological recommendations for the class hour based on the cartoon serial “Jobs Kaleidoscope”.

At the moment, episodes based on the “Atlas of Emerging Jobs” are in the course of production. 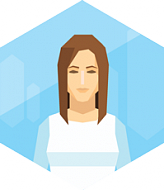 Professional engaged in auditing and consulting in power consumption. Inspects private homes, residential blocks, detached buildings and factories for energy losses and provides recommendations on power consumption optimization. Energy audit already exists as a licensed activity. The job is quite popular, with 845 vacancies in July 2014, according to HeadHunter. Demand for these specialists will rise even higher in the future. 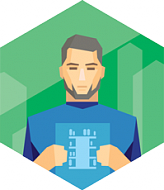 Specialist in outfitting and maintaining agro-industrial facilities in skyscrapers and on their rooftops in big cities. Vertical farms are sustainable and eco-friendly structures enabling crop and animal farming within city limits. They are also on the agenda of the near future. The first commercial vertical farm was built in Singapore in 2012. Skyscraper farms are now planned in South Korea, China, UAE, USA, France, and other countries. 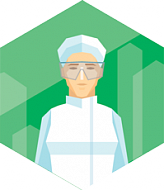 Specialist in the application of genetically modified products in agriculture; engaging in the implementation of biotechnological achievements and creating products with preset properties, In spite of the public debate around the subject, most scientists believe GMOs to be harmless, which is why the use of GMOs keeps growing: in 2013, over 11% of the world’s cultivated land is sown with genetically modified crops, while 91% of soybeans, 88% of cotton, and 85% of corn in the USA are genetically modified. In Russia, GM seeds have been subject to registration since 1 July 2014. The first harvest of genetically modified soybeans is scheduled for 2016 and 2017, and the profession is sure to be in demand at the time. 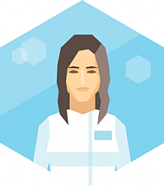 Sociomedical expert developing balanced solutions for problems of the aging population. This specialist will help you adjust your lifestyle or choose a suitable diet and physical training. Growing life expectancy is increasing pressure on healthcare institutions, as retired persons require medical attention more often. Any government would benefit from the country’s senior citizens maintaining healthy eating habits and a careful lifestyle. 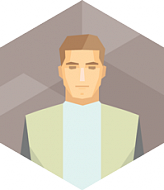 Specialist in developing and organizing educational games (business, history, science fiction, etc.) and game support with the use of simulators. The educational potential of games has been studied in developed countries since the 2000’s (in 2001, MIT and Microsoft launched the joint project Games-to-Teach), while lately, gamification (application of game mechanics in non-game processes) has become a noticeable trend. In 2013, the educational portal Coursera published the course Computer Games and Education, and the University of New York even offers a master’s programme for game masters. In Russia, the development of educational games is promoted by the Russian Association for Games in Education. 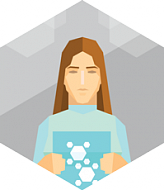 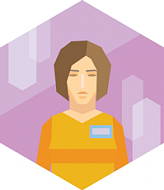 Specialist in communications with end users of IT products and promotion of new solutions to groups having a conservative attitude towards advanced technology.The IT preacher will teach people to use new software and services to reduce the digital gap.Activities aimed at training people in “digital literacy” are offered today, usually on a voluntary basis, but this will become a real job in the near future. 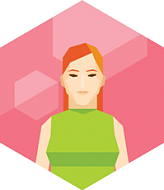 Specialist who organizes children’s creative activities to invent new children’s products, and adapts their ideas for mass production.Sometimes, children manage to invent with more interesting designer solutions than a team of adult professionals.For example, in 2007, the entrepreneurial artist Wendy Tsao from Vancouver started making stuffed animals based on her four year old son’s drawings.The hobby turned profitable, and she opened her own business called Child’s Own Studio.Now parents from different countries order Wendy’s plush toys based on their children’s pictures.The famous artist Damien Hurst admitted in 2014 to have used his own childhood ideas in his art.

The first episode titled “Energy auditor” will be released in the near future.

Two characters – brothers Dima and Alexei Dotoshkins (a charactonym meaning “inquisitive, thorough, meticulous”) are geared up for serious exploration of the world of jobs/professions. Teen-aged Dima, with all spontaneity, bombards professionals with inconvenient questions like 'What's your salary?' , 'Is this job really upmarket?', 'How long must one study?', etc.

This cartoon debunks many myths and stereotypes, lifts the prestige of blue collar jobs, explains basic notions like: in what way a 'position' differs from a 'specialty'; how to choose “the” profession; where to get education; what is the social lift; how and why one builds a career ladder; where to find vacation jobs, etc.

The serial “Navigatum: Jobs Kaleidoscope” tunes schoolers onto conscious attitude to the choice of profession and broader - onto responsible attitude to education. It not only provides an answer to the question 'what to be?' but also responds to the notoriously oft-asked teenage inquiry 'what for should I study at all?'.

Based on the serial, the computer games (with/without testing) and multiuser table games are developed.

Game “The way to profession. Assimilation and mastering”

The task of prompt and feasible vocational-guidance diagnosing has already been actual for quite a while. In present-day fast-changing labor circumstances it becomes challenging. At that, guidance activities are aimed even not so much at determination of a future career per se. Teachers and school psychologists try hard to encourage the applicants-to-be at least to start considering their own future perspectives. With regard to youngsters' interests to-date, suchlike activities had best be implemented in game formats, - games being the leaders of nowadays leisure. 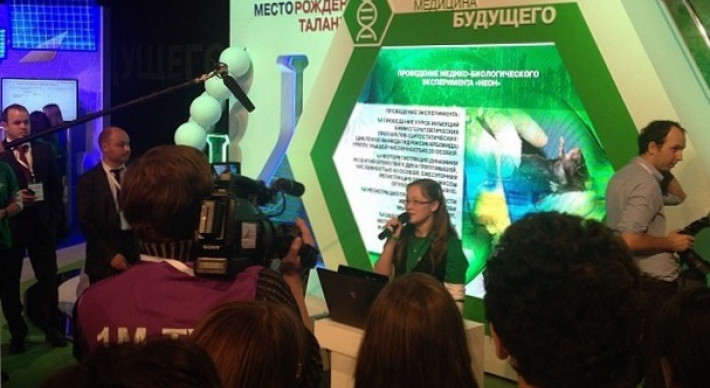 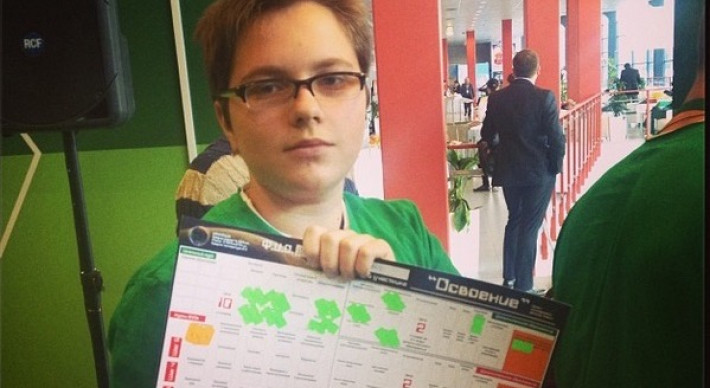 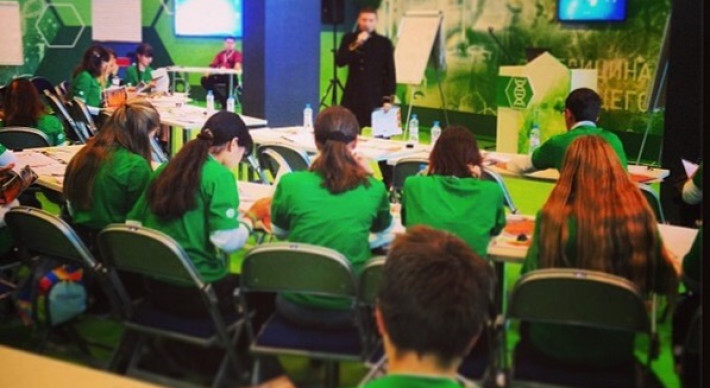 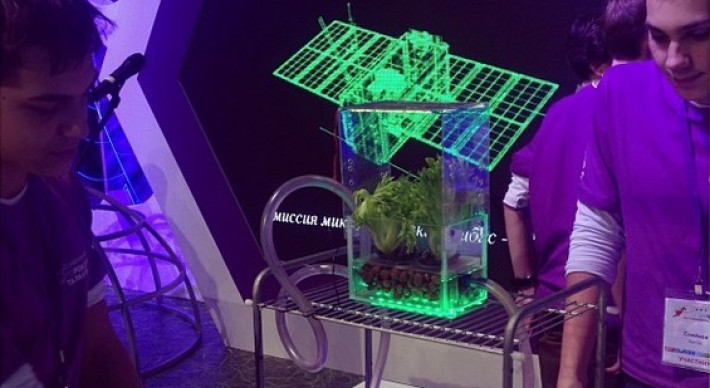 The group “Constructors of practice communities” in cooperation with Agency for Strategic Initiatives (ASI) created the online business game for vocational guidance of senior schoolers named “The way to profession. Assimilation and mastering”, based on materials of the almanac “Atlas of Emerging Jobs”. The game is developed for two professional areas – medicine and biotechnology; its pilot version was demonstrated at the First All-Russia Forum of Gifted Schoolers “Future intellectual leaders of Russia” (http://talentrussia.ru/novosti)..

This forum enjoyed over a thousand participants and guests; it was organized according to the Decree of the PF President V. Putin and under the aegis of the Plenipotentiary Representative of the RF President in the Central federal district. The game was conducted at the group session “Medicine of the future”, under the aegis of Russia's biggest pharmaceutical company R-Pharm (r-pharm.com). About a hundred 9th- and 10th - graders who plan to work in medicine and pharmacology took part in the game. For several hours, the guys were enthusiastically getting acquainted with future technologies in these professional areas, were analyzing school and university subjects and courses, drawing up personal educational trajectories for becoming the professionals of the future. On the results of that game, almost everyone of them not only felt the desire to carry out similar games in their own schools but also started pondering over the rightness/ value of their own professional choice.

A similar game, conducted by schoolers themselves, was successfully tried-out in the experimental school “Perspective” in Moscow.

Materials for independent holding of the game, with organizational requirements, instruction for carry-out and didactic issues, will be accessible for download on the site in August 2014.

Each students has their own history of entering the dear-to-heart university. Someone, horrified, recollects losing documents on the last day, someone took the wrong bus and was nearly late for the exam. Some people were only a step away from failure, others, by contrast, were conspicuously splendid at the entrance trial. But somehow, all applicants at all times share a single unifying desire – oh, if only this nightmare could be already over! However, occasionally, stories of a different sort also happen, and in fact there are guys for whom entering the Siberian Federal University this year has turned into a captivating adventure, which they are happy to come back to over and over again.

Quite recently, there came to an end the contest “The Smartest Applicant of Siberia” or, as participants used to abbreviate it, SAS. This year, the contest's page was visited by over 70 000 applicants, and about two thousand school-leavers from 48 regions of Russia and 4 CIS countries tried to test their potential in doing SAS tasks.

It was the Web that made it possible to carry out three stages of the correspondence round and the virtual round. This year, the “Atlas of Emerging Jobs” was used in one of such rounds. The tasks were formulated in the way to bring maximum benefit for participants, who, even having failed to fulfill them, would still get to know something new and useful for themselves.

Participants were to compare professions of the future with the existing ones. So, for example, the guys analyzed education specializations already existent at the University, and made suppositions where one should enter today so as to work, later on, in the entirely new technology.

Task sample. As it turned out, already now SibFU disposes of the research and practical basis appropriate for 80% of professions/jobs from the “Atlas of Emerging Jobs”. For example, to get the profession of “Glazing Specialist” (the one most favored by participants out of all professions listed in the Atlas), from 170 specializations provided by the University an applicant already now can choose two: “metallurgy (profile - composite materials)” and “nanotechnologies”. Some participants even exemplified it: “Glazing Specialist” is the developer of nanocoating for modern electronics (Gorilla Glass as a variant).

From my perspective, the real profession of the future is “space power engineer”, because space will soon be our second home. A human will always need energy resources, so that in space solar power stations (SPS) will operate and provide consumer systems with energy. A space power engineer is an expert in SPS maintenance, with the range of duties: systems for generation and transmission of 'space' electricity (SPS) to consumers.

This professional will get busy with various developments for human immortality, based on solutions for overcoming old-age dysfunctions, prolongation of life expectancy, implementation of apoptosis (programmed cell death) for elimination of harmful cells in an organism (e. g., tumors), blocking of apoptosis for normal (useful) cells, so that they could divide interminably, etc.

As is well-known, nowadays bioengineering is fast under way, and most likely, already in 25-30 years there will appear a great number of people wishing to have organs transplanted; at that, most notably – not the live but the artificial ones. Then society will need “artificial organs designers” who will have expertise in designing live organisms based on artificial (synthetic) materials.

The task of this professional will be to record the dreams of a concrete person via special equipment and then analyze them. It may become possible to record dreams, like films, on a disk and then to watch them over again, for extra inspiration. Even in cases when a person is haunted by nightmares, he/she will have an opportunity to consult psychologists and the recorded nightmares will enable to solve the problem quicker and more efficiently. Besides, emerging of this new and uncommon profession would induce further research of human brain function. Facilitated by the recorded dreams data, experts would be enabled to take a fresh look of a person's inner world. This technology would make it possible to help people better understand their own “self”, as well as expose those amazing worlds into which we all are immersed every night. 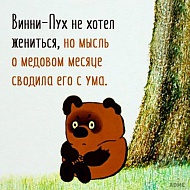 This professional will process all obtained dream-data, re-format it into video and then – exactly like an ordinary editor – will cut, lay over special effects, and then record for customers the discs with their own dreams. In perspective, there will appear an opportunity to devise and record dreams in advance, so that a customer could have a desired dream installed in his/her mind and relax enjoying it. Such technology will be especially in demand for those who suffer regular nightmares. 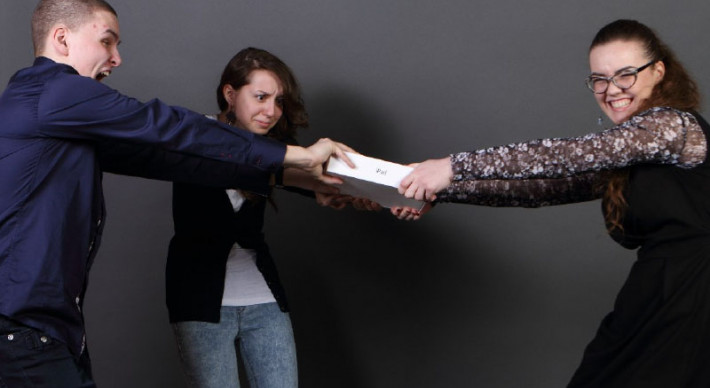 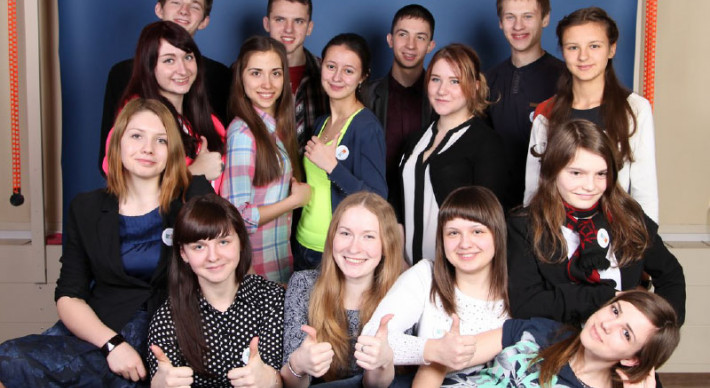 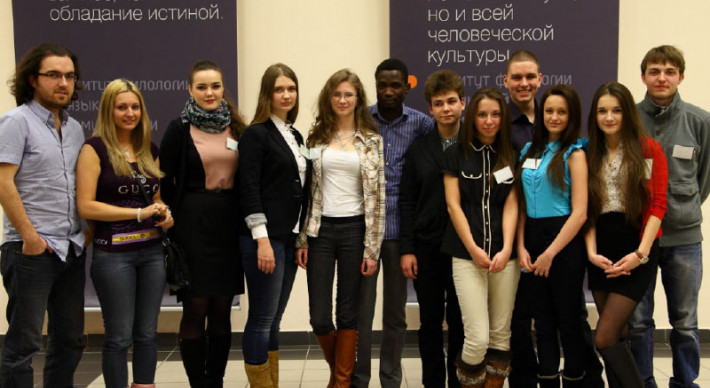 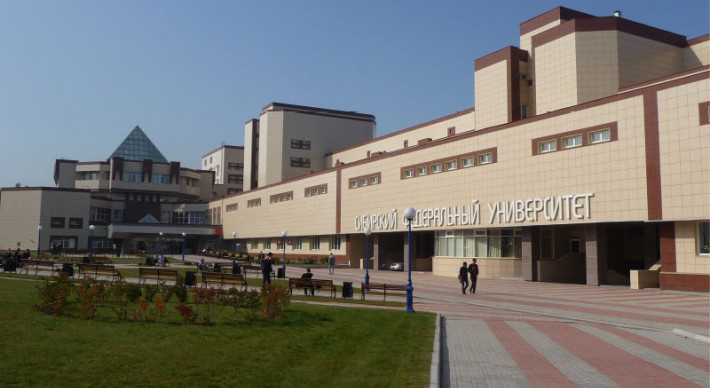